10 years ago i Made this mix called ExtraOrdinary. 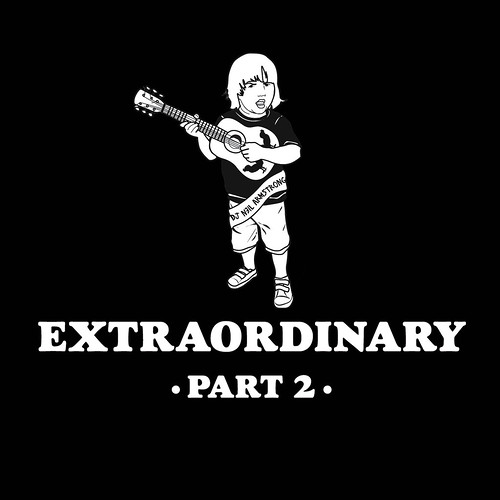 From the liner Notes :
It’s kinda fresh you listen to more than hip-hop…

10 years ago I dropped the mixtape ExtraOrdinary as part of the “all out king” mixtape series. What was on it? Groups like 10, stuff 000 Maniacs, The Doors, Nirvana, & Laura Branigan. Basically a lot of artists that fall outside the realm of urban music. At the time, the usual way of integrating “non hip hop” into the mix was the every popular “mashup”. But on this mix there was none of that. Regardless, it was mixed with a hip hop aesthetic, with the songs flowing into one another seamlessly.

The point of making it was to show that good music is good music. I was trying to get people out of their comfort zone, or maybe realize that the box that they were in musically could be a lot bigger if they were open to it. I’m sure when people heard it some were suprised and not interested. But others have told me that ExtraOrdinary was one of their favorites.

Part 2 is meant to carry on the tradition. Music that isn’t funk, but is funky in its own way. Songs that wouldn’t be considered soul but can still make you feel something. There are songs on here that you will know just because they are part of the pop stream of consciousness. Some of the songs are gems waiting for your eats to discover them.

They are all songs that will be out of the ordinary…
ExtraOrdinary.

“You gotta do everything… If you specialize in one thing, you really can’t call yourself an All Out King.”

For A LIMITED TIME,we have brought the price of ExtraOrdinary Part 2 Cassette USB back to $15 Dollars.

Listen to Samples below for freezy.