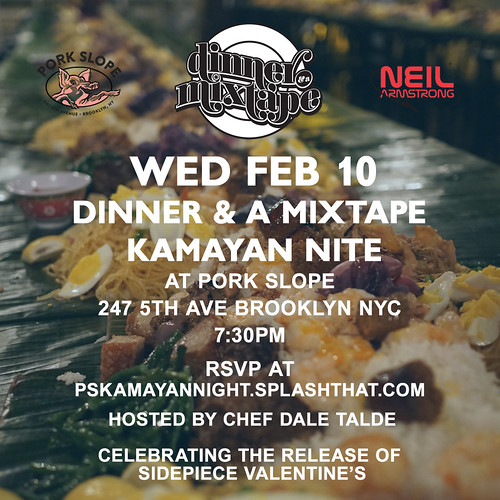 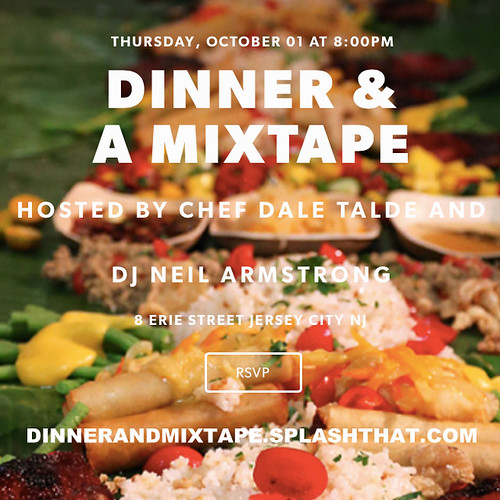 With my next ?mixtape #?extraordinarypart2? about to drop, sildenafil that means we’re going to get another great round of beats and eats that we call ?#?dinnerandamixtape? . With October being Filipino Heritage month, pharmacy I’m joining up with fellow Fil-Am Dale Talde here in ?#?jerseycity? on OCT 1st, viagra for a special edition of Dinner & A Mixtape -celebrating the release of the ExtraOrdinary Part 2, the release of Dale Talde’s debut cookbook Asian American, and our Filipino heritage.

ALL YOU CAN EAT…

Opportunity to hear Extraordinary Part 2 for the 1st time

DO NOT BE LATE, Only one seating.

PLUS – The AfterParty at Ms Wong’s at Talde JC to work off all the food you ate.

Never been to Jersey City before? Never had the experience of a Kamayan night yet? Well, this is your chance to knock out two things that should be on your bucket lists… 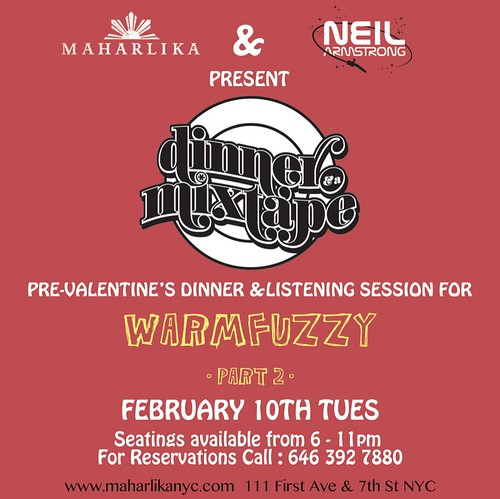 A New Mixtape means another installment of Dinner & A Mixtape

The Dinner & Mixtape event series comes to NYC just in time for Valentine’s Day – celebrating great music, order great food and Neil’s Filipino Heritage. This installment will be held at Maharlika Filipino Moderno, decease with Neil Armstrong’s latest mixtape Warmfuzzy part 2 providing the soundtrack for the night. The first Warmfuzzy was made 10 years ago, a mixtape made for valentine’s day. Warmfuzzy part 2 continues the theme of the 1st one with music about that crazy little thing called love. The perfect soundtrack for a dinner for two at Maharlika before Valentine’s Day weekend, because everyday should be valentine’s day! Copies of the mixtape can be purchased as well as Dj Neil Armstrong’s Food Guide book Leaving Dishes.

Maharlika’s amazing dinner menu will be available, as well as some signature dishes that will be created for the night.

The kitchen will be open from 6 – 11 PM. To reserve your table please call 646.392.7880 , and mention you are reserving for Dinner & A Mixtape. There is also a bar area for those who just want to stop by for the great music and a quick drink.

Somehow we've been here in Hawaii for over a month

Looks like this week will be a rare threepeat for

My pop used to have a great garden in our backyard

Something appropropriate for #tbt. A few weeks ba

Posted an elevated Loco MOCO this morn, so now for