I’ve been hinting at this for a bit here and there of twitter, sick facebook, this blog . 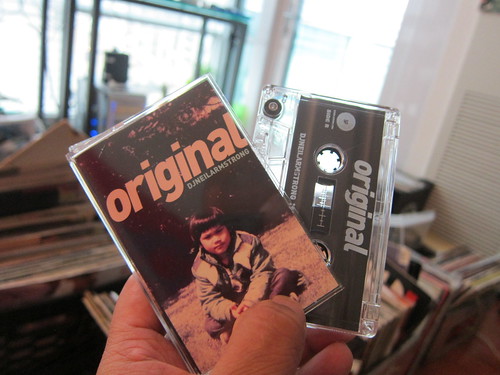 Yeah, thats it up there, made so long ago it actually came out on cassette.

Now ,if you have been following my career, the release of this mixtape proved to be a turning point in my life. Almost everything that I’ve gotten to do, all that I’ve accomplished can be tied to that mixtape. And being that it is the 10 year anniversary of its release – we are gonna be celebrating next week Dec 14th @ Greenhouse in NYC. We are locking in the details – but we have some of the greatest DJ’s coming through to create the soundtrack for the night! 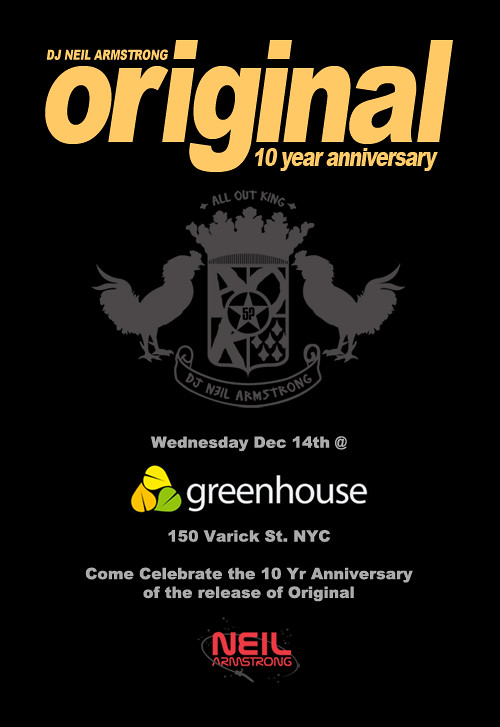 Now I know I have fans all over the world, but for my peoples in the U.S. you have a chance TODAY AND TOMORROW to win a chance to come out to NYC and party with me courtesy of adidas Originals.

adidas is running a HOLIDAY scavenger hunt – called the Pleasure Hunt. Peep the video below – with Paolo from adidas London telling ya what ya have to do!

Win a VIP trip for two to either NYC to see DJ Neil Armstrong or LA to see Kendrick Lamar by entering online OR visiting your closest participating adidas Originals store* and find the right clues! 5 trips to NYC AND 5 trips to LA will be awarded to one of you lucky adidas fans.

So my folk in NYC, DC, CHICAGO, ATL, PHILLY, LA and SF, head over here to this link –Pleasure Hunt, or HEAD to one of the Stores above to enter!

Here is some important fine print y’all need to see –

For All Prizes: Travel must be roundtrip. Sponsor will determine airline and flight itinerary in its sole discretion. No refund or compensation will be made in the event of the cancellation or delay of any flight. Travel and accommodations are subject to availability. Travel is subject to the terms and conditions set forth in this Sweepstakes, and those set forth by the Sponsor’s airline carrier of choice as detailed in the passenger ticket contract. All expenses and incidental travel costs not expressly stated in the package description above, including but not limited to, ground transportation, meals, incidentals, passenger tariffs or duties, airline fees, surcharges, airport fees, service charges or facility charges, personal charges at lodging, security fees, taxes or other expenses are the responsibility solely of winner. Unless child of winner (thirteen (13) years of age or older), travel companion must be eighteen (18) years of age or older as of the date of departure and must travel on same itinerary and at the same time as the winner. If winner is a minor in his/her state of residence, travel companion must be winner’s parent/legal guardian. Travel companion must execute liability/publicity releases prior to issuance of travel documents. Travel restrictions, conditions and limitations may apply. If in the judgment of Sponsor air travel is not required due to winner’s proximity to prize location, ground transportation will be substituted for round trip air travel at Sponsor’s sole discretion. Sponsor will not replace any lost, mutilated, or stolen tickets, travel vouchers or certificates. Sponsor is not responsible if the DJ Neil Armstrong event, or the adidas Originals presents “Respect The West” event are delayed, postponed or cancelled for any reason, in which event that portion of prize is forfeited in its entirety and no substitution will be provided except as in Sponsor’s sole discretion. Actual value may vary based on airfare fluctuations and distance between departure and destination. Winner will not receive difference between actual and approximate retail value. Prizes are non-transferable and no substitution will be made except as provided herein at the Sponsor’s sole discretion. Sponsor reserves the right to substitute a prize for one of equal or greater value if the designated prize should become unavailable for any reason. Winners are responsible for all taxes and fees associated with prize receipt and/or use. Odds of winning the prize depend on the number of eligible entries received during the Promotion Period for each trip prize. Total ARV of all Prizes: $45,000.

Posted an elevated Loco MOCO this morn, so now for

Did you have a XANGA blog, and or 'TyPe LiKe ThIs?

The little lady is trying to help me get my lighti

Looks like I am pulling #twitch double duty this w

Turning the little lady into a mermaid while tryin

Just over 15 years ago I actually moved to Hawaii

So... I might have gained some weight since I got